You are here: HomeInfoBach flowers articlesHow long should I take the Bach Flower remedies?

How long should I take the Bach Flower remedies? 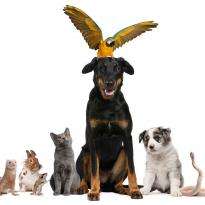 This is a question that people ask a lot and no exact answer can be given. Bach Flower therapy is not an exact science because it involves people and their emotions.

Every person is different, has another past, experiences emotions with different intensity and responds differently to Bach Flowers. It is very risky to give a statement when for example after that period of time they told the person, no result is achieved and the person would stop taking the Bach Flower remedies. Maybe a result could have been achieved if the person would have taken them for one week longer.

There is a very simple rule when taking Bach Flower remedies: as long as you are still suffering from those particular emotions or state of mind you keep taking them. This can take one month, two months, three months, six months, one year,….

For the people who I have worked with, I have developed a basic rule, which can be quite successfully applied; some exceptions to this rule no doubt exist. This rule is based on how long the complaint has been present:

Less than one months : 1 month

I would like to state that this is just an indicator not an exact rule. This period is really individually very different. I have had cases where I thought it would take a maximum of one month and the person ended up taking the Bach Flower remedies three months. On the other hand there are people with long-term deep-rooted problems who after taking the Bach flowers for one month no longer suffered from their problems.

Can Bach Flower Remedies be used for animals as well?

Bach Flower Remedies are extracts of flowers from plants, shrubs and trees that work on the emotions and feelings of humans and animals.

Are there side effects?

For instance nothing will happen even when you would drink the whole bottle as a matter of speaking. You can not overdose.

May I use Bach Flowers during my pregnancy?

Many people are afraid to use Bach flower remedies during pregnancy. It is a natural reaction, since you should pay extra attention to everything you eat or do when you are pregnant.

How are Bach Flower Remedies made?

There are two methods in preparing Bach flowers, the sun method and the cooking method.

Which flowers are used for the Bach Flower therapy?

The flowers that are used come from plants, shrubs and trees that Dr. Edward Bach mainly found in England. There are only two flowers who were found in other countries,....

Dr. Edward Bach was born in Worcestershire, England in the year 1886. He became a surgeon in 1912 and worked at University College Hospital in London. His private medical practice was held at the world-famous Harley Street.

What is the difference with homeopathy?

Bach Flower therapy and homeopathy have certain similarities but also have some important differences.

What can you do with Bach Flower remedies?

The flowers used in Bach Flower therapy work on the emotional and mental state of the person. They are able to bring difficult feelings and emotions, ...